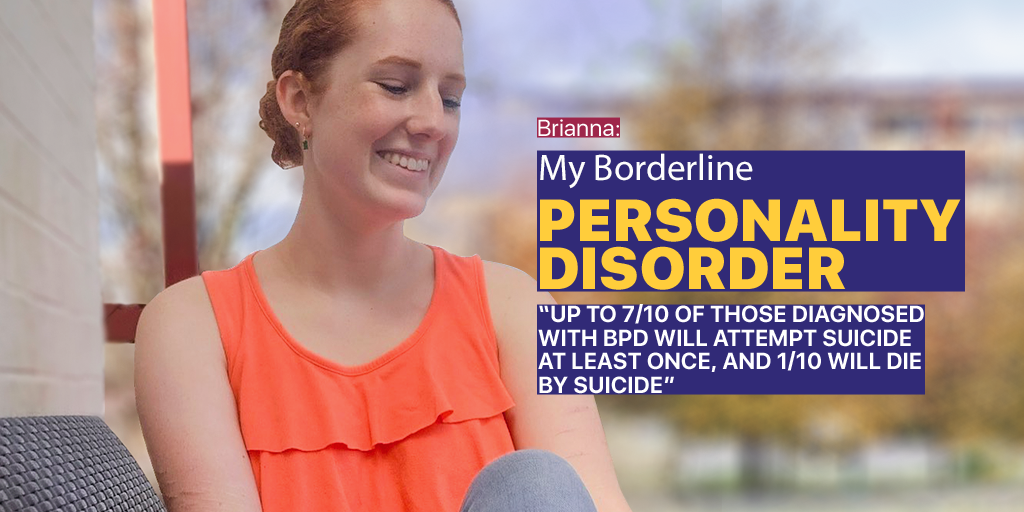 Borderline Personality Disorder (BPD) is said to be the most painful and emotionally challenging mental disorder to exist. Up to 7/10 of those diagnosed with BPD will attempt suicide at least once, and 1/10 will die by suicide. BPD affects only 1.6% of the world population, but make up 20% of patients in psychiatric hospital units. 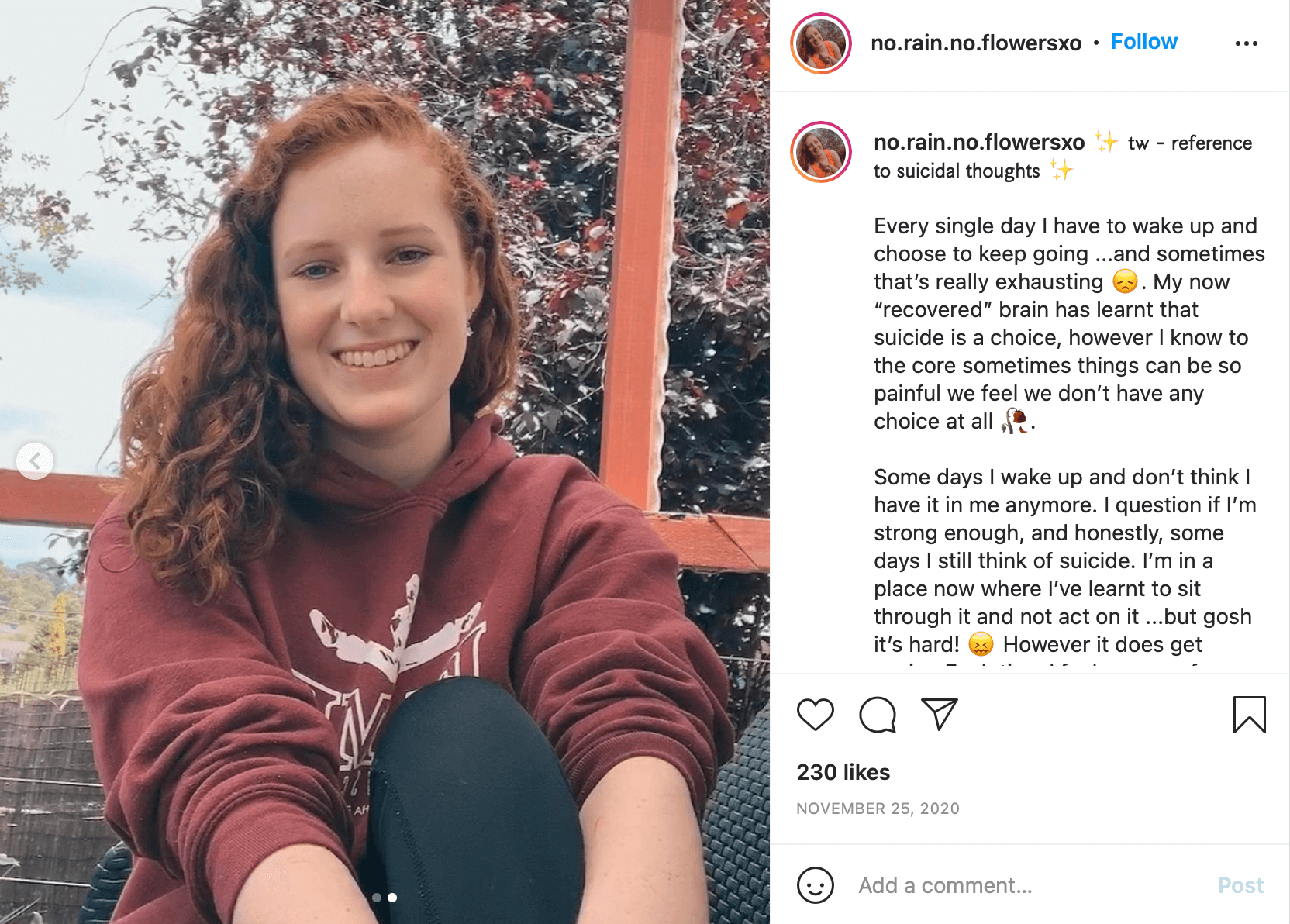 "My significant difficulties with this illness were multiple suicide attempts, psychiatric hospital admissions and for a brief period, alcohol abuse."

In addition to my Depression diagnosis, I was diagnosed with BPD at 17 years old (though I had been struggling with symptoms since I was 14 years old.)

My significant difficulties with this illness were accompanied by addiction to self harm, hatred of my body, disordered eating, multiple suicide attempts, psychiatric hospital admissions and for a brief period, alcohol abuse. I was so desperate to ease the intensity of my feelings, I engaged in unsafe and unhealthy behaviours. Hurting myself provided a “release” and alcohol numbed the pain, but the relief was only temporary.

"It feels like going through the worst heartbreak every single day, though most of the time there is no logical reason for it."

The easiest way to explain BPD is it’s like Bipolar Disorder….but faster. What I mean by that is that rather than my headspace changing every few days/weeks, mine changes much more rapidly. I can go from feeling happy/content to so depressed I can’t leave my bed in a matter of 5 minutes. Like flicking a lightswitch anxiety can send me into a panic attack where I feel dizzy, nauseous and sometimes throw up. When you are diagnosed with BPD, there is no such thing as rationalising or “calming down.”

People around me are often confused and struggle to understand that every emotion I feel is at level 10/10. Living like this is exhausting, excruciatingly painful and I feel hopeless and powerless day in and day out.

When people ask “what does it feel like to have BPD?” a very common answer is that it is like being an emotional burn victim - everything hurts all the time and the slightest inconvenience can truly feel like the end of the world. The sky comes crashing down and the ground beneath my feet is wobbly and unstable. It feels like going through the worst heartbreak every single day, though most of the time there is no logical reason for it.  Emotions come and go as they please, and I really struggle to control it.

BPD is isolating and I felt like a prisoner in my own mind. I suffered with disordered eating and self harmed for years and fought a war to get to the end of every day. And frankly, there came a point where I was so far down I didn’t want to get back up. I just wanted my life as I knew it to end. I’ve tried to kill myself 5 times, every time needing medical attention in hospital. I was admitted to an Adolescent Psychiatric Ward more times than I remember. Depression and Borderline Personality Disorder had swallowed me whole and I could not think of anything except the peacefulness of death. Every day was worse then the one before. I just did not want to feel this extreme, unimaginable and indescribable pain any more. 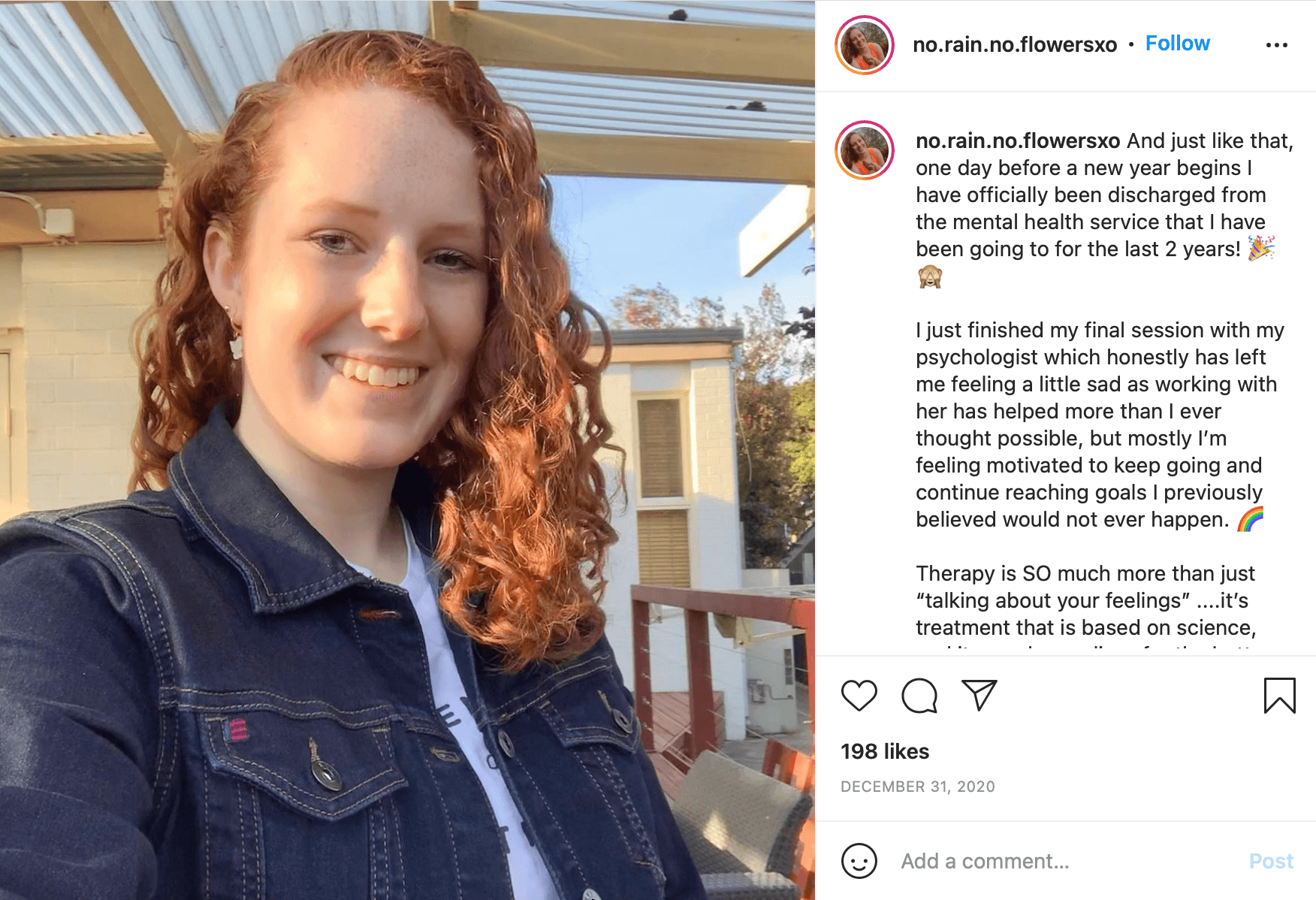 "I know everything may seem hopeless now, but I promise, it WILL get better."

I surrendered and finally allowed myself to be helped, after pushing it away for years. I poured my heart and soul into talk therapy and I began taking medications prescribed by a psychiatrist. I will admit there were moments when the recovery nearly broke me all over again, but I kept going. Slowly the mess of my mind began to untangle and the fog that seemed never ending, cleared. I learnt to identify triggers, manage impulsive thoughts and how to move through intense emotions without acting in a way that is potentially dangerous.

I know how dark life can get from my personal experiences. I have been on my knees at wits end and reached the part where I didn’t think I had any strength left to keep going - in a way, it was easier to let go. But I also know that your life as you know it will not be your life forever. You will see days where you wake up without resentment, sunsets are pretty again, hugs feel good again and flowers smell nice again.

I know everything may seem hopeless now, but I promise, it WILL get better.