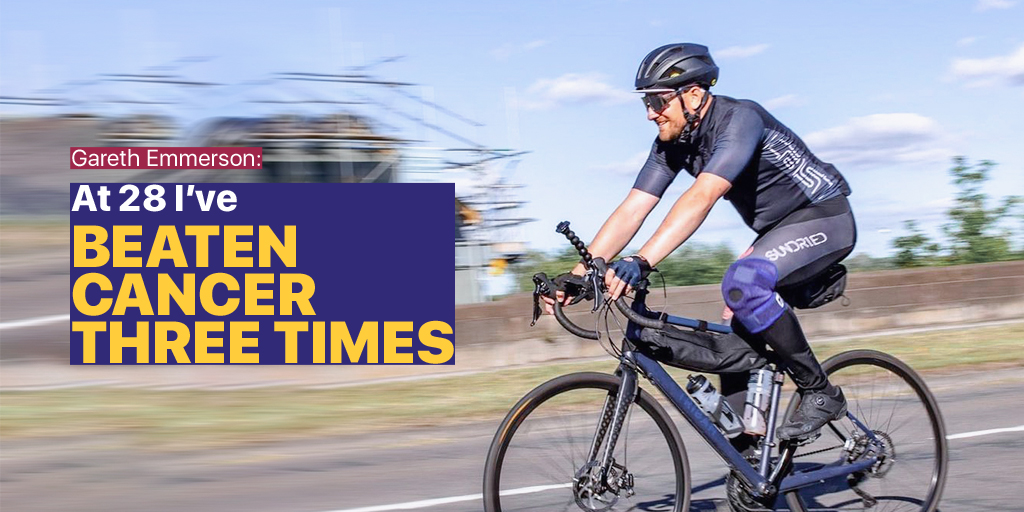 During my scheduled chemo weeks, I begin my day with a palm-full of pills, and with a draining sensation that feels indescribable. Despite all the challenges, and the effects chemotherapy has on my body and mind, I make it a point to cycle to my appointments. The round trip covers about thirty miles, and despite the fatigue, the bike ride has helped me remain active and positive throughout a rather exhausting schedule. Biking isn’t something I’ve been doing for a very long time, in fact, I bought my first bike just around the start of this year.

Despite the difficulties and weakness brought about by the treatments, I completed one of my life’s most challenging endeavors - cycling a thousand miles.

Dwelling on the duller aspects of my life has never been my thing. I’ve always looked forward to living life with as much exuberance I can muster. I’ve always lived a fit life, hitting the gym regularly and ensuring I remain in shape. I joined the British Army in my late teens and served as a trooper for a few years. It aided my active lifestyle until I quit and took up a job in logistics in Shrewsbury, my hometown. Soon after, my first symptom came as what seemed like a benign lower back ache I thought was caused by a minor gym injury. Little did I know it was one of the first noticeable signs of something far more serious. 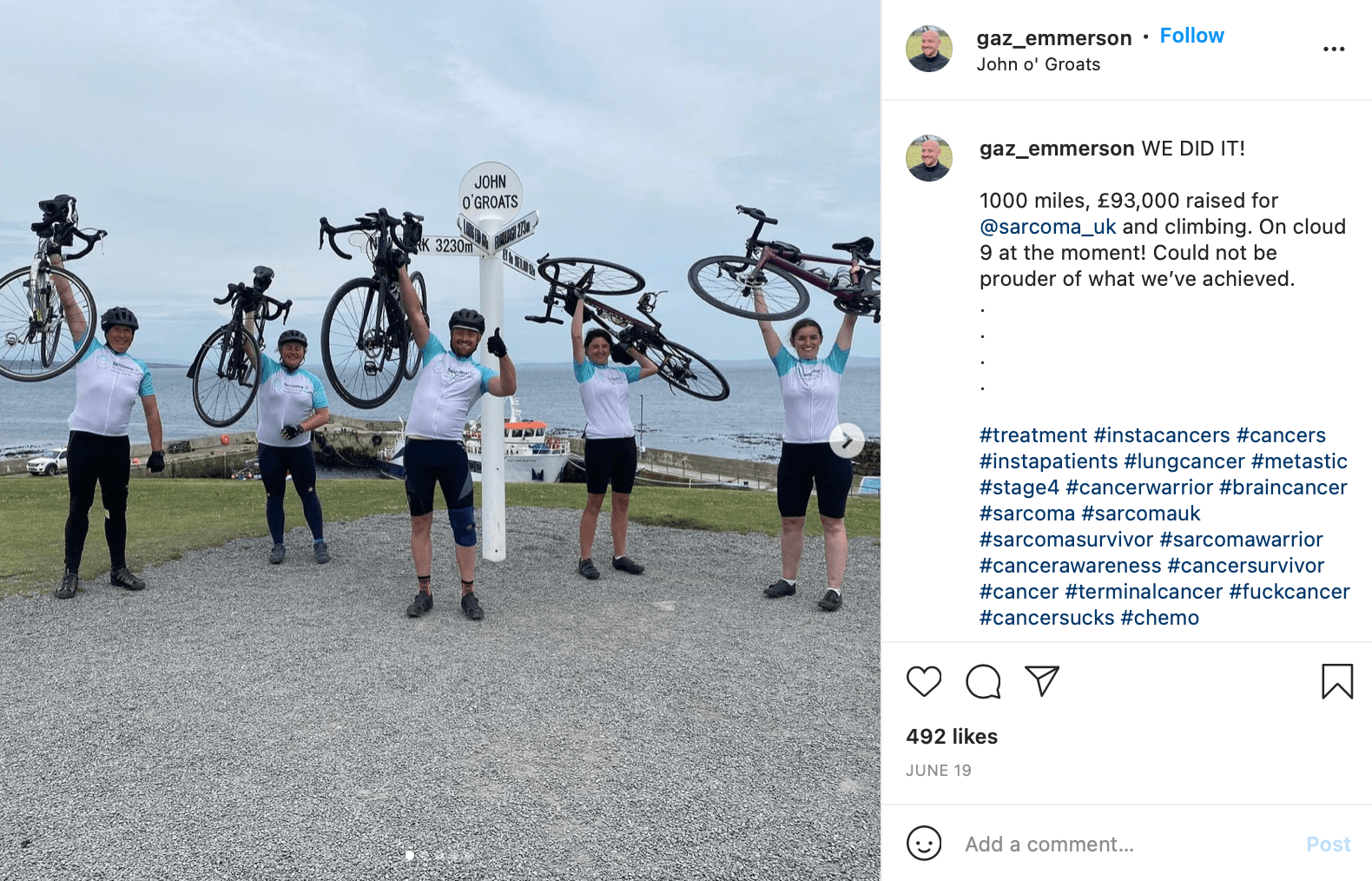 "The condition is so rare that you only have a one-in-a-million chance of actually getting it."

My first reaction to my lower back pain back in 2014 was to take a few painkillers to deal with the ache. I waited for over two months to get it looked at by a general physician, who then recommended I get a few physiotherapy sessions to address the issue. However, soon after my sessions commenced, I was in unbearable pain and was referred to the Royal Shrewsbury Hospital. Upon the insistence of my mother, I agreed to get an MRI to help my doctors take a look at what was really behind my persistent backache. Within a few days, my doctors discovered two large tumors situated at the base of my spine. Soon after, I was referred to the Robert Jones & Agnes Hunt Orthopedic Hospital and its associated spine unit for further examination. The doctors there ran a variety of scans and commenced a biopsy procedure to take a closer look at what it was. Despite the harrowing experience, I didn’t imagine it was cancer. But to my disbelief, just a few months later, doctors informed me of my diagnosis- Ewing's Sarcoma, a rare form of cancer that stems from the bones and the connective tissues that form their outer covering. The condition is so rare that you only have a one-in-a-million chance of actually getting it. It’s a condition that is common among teenagers and young adults, and I was 21 at the time. The diagnosis left me dumbstruck and in shock. The pain was quite unbearable, making the diagnosis even worse and hard to accept.

"I celebrated my recovery and was looking forward to a healthy and fit life moving forward."

For my first chemotherapy, I was sent to Manchester. The treatment schedule spanned over nine months and put me on a rigorous regimen of both chemo and radiotherapy. My body took well to the treatment, and the tumors were shrunk beyond detection, leaving me cancer-free, at least for the time being. Despite my hard chemotherapy sessions, I’ve never limited myself, often resorting to parties and concerts immediately after a bout of chemo. Following the remission of my first instance of cancer, I was jubilant and thought this episode was far behind me. The doctors opined positively on my treatment outcomes, and also hinted at the possibility of being cancer-free, provided my cancer did not return for two years. I celebrated my recovery and was looking forward to a healthy and fit life moving forward.

The Ensuing Battles with Ewing’s Sarcoma & My Push Forward

Toward the end of 2016, just about two years after my first recovery, I was diagnosed with cancer again. A routine examination revealed several tumors in my lungs. The news was crushing, but I collected myself and prepared for a renewed struggle against my condition. Due to the complications that come with tissues as sensitive as the lungs, I was given limited amounts of radiotherapy alongside chemotherapy to help shrink the nodules in my lungs. Just like before, I responded quite well to the treatment and was elated to learn that I’d beaten cancer twice!

However, my celebrations wouldn’t endure, and a third diagnosis would return in just under a year. My then-fiance, now wife - Zoe, and I still had a lot of hope left, and she helped me push through chemo for the third time. The doctors had come up with a new treatment approach this time - stem cell transplant. This got our hopes up again. The procedure involves a combination of chemotherapy, and a couple of surgeries to harvest your stem cells, and reintroduce them into your body. The doctors operated on me during an especially delicate period - March 2020. The pandemic was raging outside, making it all the more worrisome for everyone involved. Soon after, the doctors told me that the stem cell transplant was a success, which meant I’d beaten cancer for the third time. To celebrate, Zoe and I moved into a new house and were expecting better days ahead. 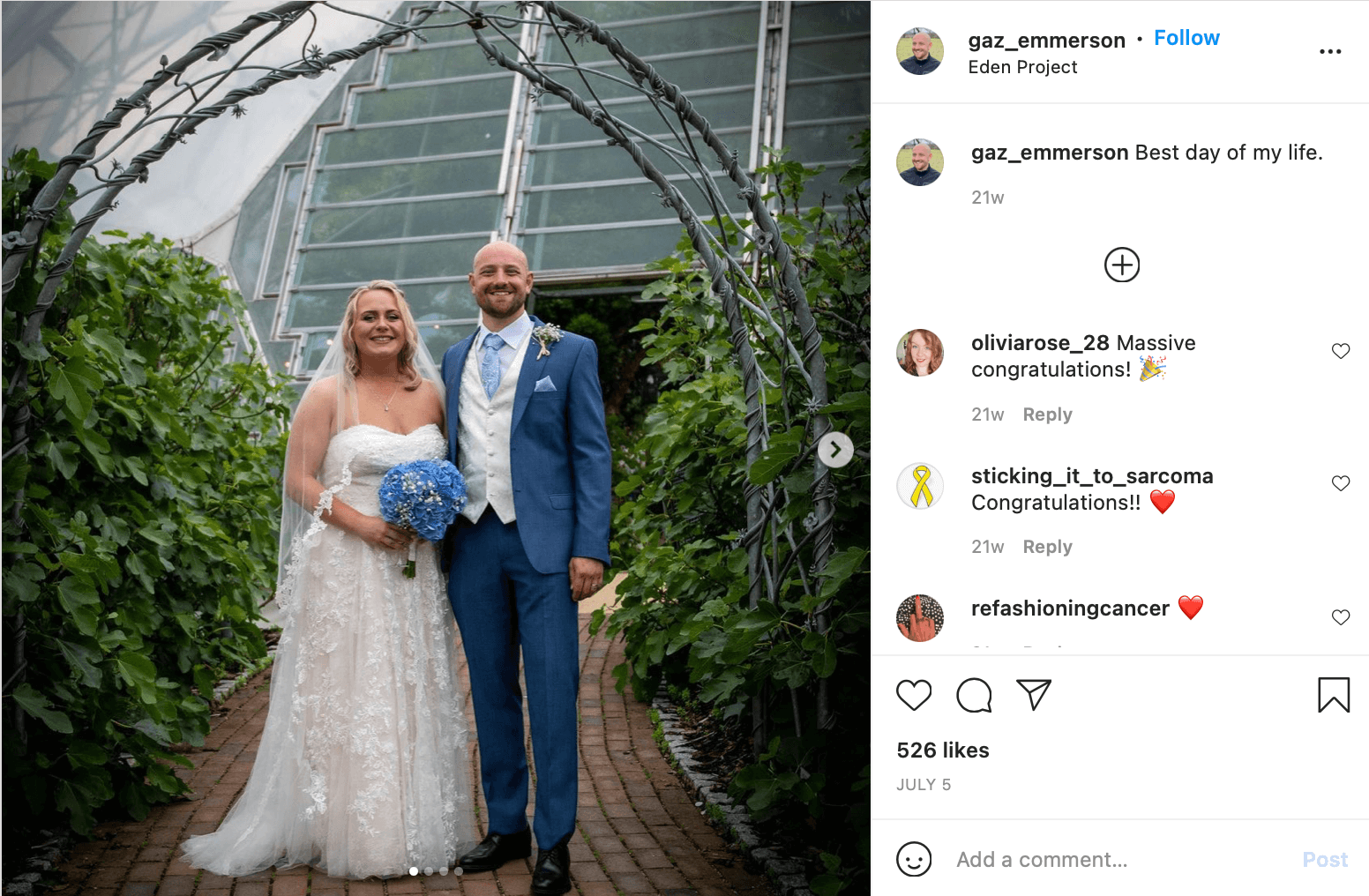 My Terminal Diagnosis & The 1000 Mile Ride for Sarcoma UK

By November 2020, my cancer had returned for the fourth time, and in a way that was far more aggressive than before. There were tumors in my lymph nodes, lungs, and in my brain. In December, the largest tumor in my brain caused a bleed that required surgery. The surgeons removed the tumor and performed gamma knife radiosurgery on the rest of the tumors in my brain. The therapy involves radiotherapy with pinpoint accuracy to target cancerous growths. The effect from the bleed in my brain left me with permanent brain damage and a partial loss of vision in one of my eyes. My diagnosis was now terminal, and my doctors told me they would begin administering palliative chemotherapy - a treatment built around prolonging my life for as long as possible. So far, the drugs have worked, and nothing too nasty has cropped up again. However, the doctors have asked me to remain prepared for a day when the drugs will stop working, due to the aggressiveness of the sarcoma.

Following my terminal diagnosis in November, making sure my positivity endured, I made a long bucket list. Participating in a fundraising campaign for Sarcoma UK was one of them. The organization happens to be the only one of its kind in raising awareness about sarcoma and pushing for more research in finding a cure for the condition. Current treatment methods are in serious need of advancement, and a part of why research is slow is because of funding, or the lack of it.

I decided to cycle 1000 miles starting from Land’s End in Cornwall up to John O’ Groats in Scotland. Zoe and I began training for the big ride by cycling 100 or 150 miles. With an initial target of 50,000 pounds, we set out on our ride on June 8th, 2021. We soon breached the fundraising target, which we then reset to 60,000 pounds. With my father Andy Emmerson, and several friends, family, and spectators joining us along the journey, we were able to make it to the finish line in about 12 days. Zoe and I got married soon after achieving our goal, on the 3rd of July 2021. We have now breached the fundraising target several times over and have successfully raised 116,000 pounds for Sarcoma UK. Every bit of the money is bound to help over 5000 individuals that are diagnosed with the condition every year, and I’m ecstatic over the sheer support we have received. 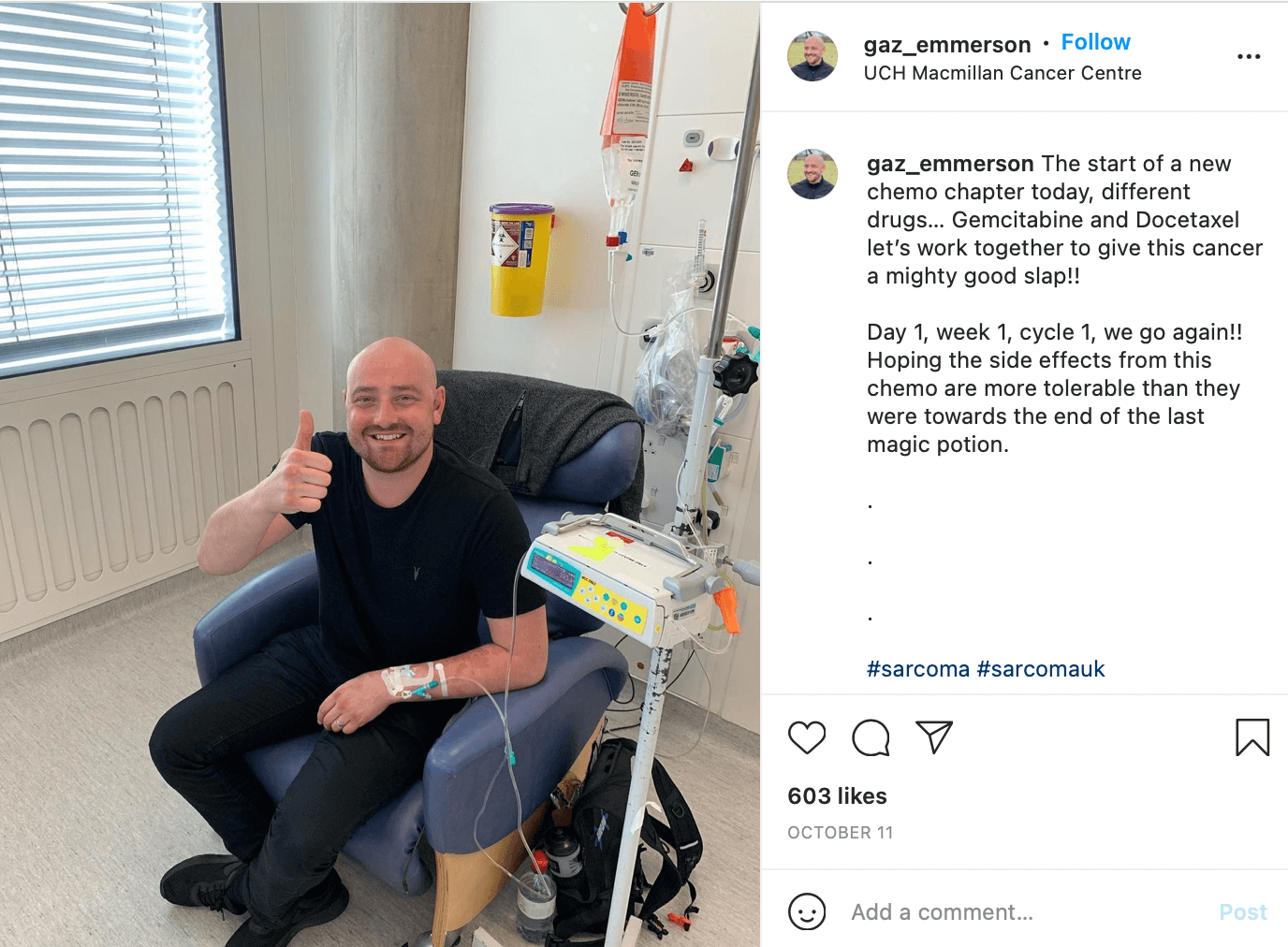 Take Things One Step At a Time

My advice for individuals battling cancer would be to take things the way you see fit and in a gradual manner. My cycling endeavor was by no means easy, and the exhaustion would really get to me sometimes. A knee injury made things difficult on the 1000-mile ride, but it’s essential to listen to what your body tells you. My effort has been to turn my negative circumstances around and create positive realities for myself and those around me. For me, coping has been something that involves an active lifestyle, and moving forward. I have accepted that life is full of challenges, and the only way is to deal with them directly. I’ve found purpose, joy, and the willingness to carry on in my life, no matter what it entails.