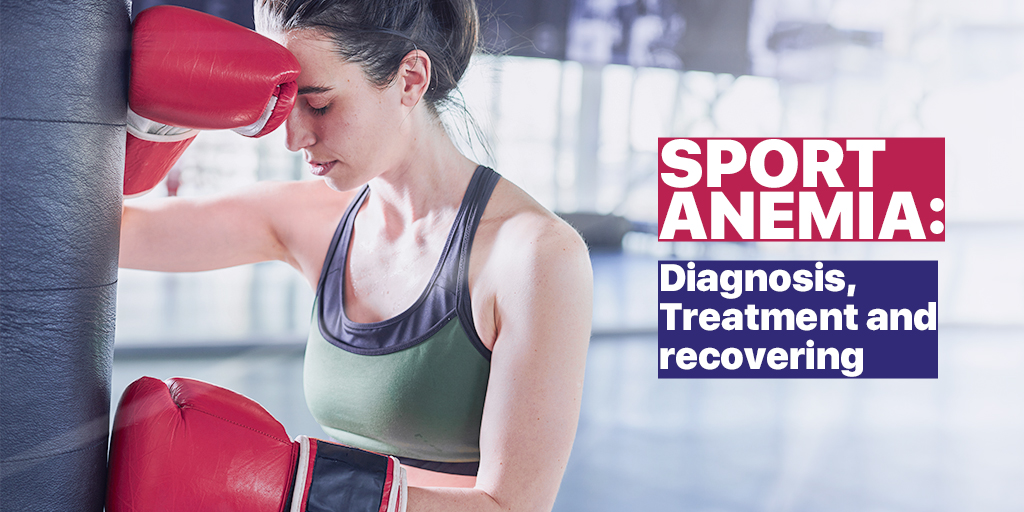 Several athletes, sportsmen, marathon runners, people on new fitness regimens, and even military personnel can encounter a condition called sports anemia. If you're wondering what is sports anemia, it's a reduction in iron content in an individual's blood as a result of strenuous exercise. This reduction of iron shows up in the blood work as low hemoglobin, a decreased RBC count, or a hematocrit tending toward the lower end of the normal range.

The reason most people are left flummoxed by the condition is that it appears in fit and healthy individuals that see regular exercise either as a part of their daily regimen, professions, or as dedicated hobbies. A variety of causes are attributed to sports anemia, however, there does not exist a conclusive consensus on the causes of sports anemia.

We look at a deeper understanding of the condition, its signs, how it's diagnosed, and how long it takes to recover from sports anemia. Understanding What is Sports Anemia

Anemia is caused by the depletion of iron reserves, of which over 60% is stored in the form of hemoglobin. Any hampering of iron reserves is bound to affect the transport of oxygen to different parts of the body, including the brain. Iron forms the basis of hemoglobin's capacity to bind to oxygen, and when the iron is lacking, the body's ability to transport iron is also affected. Strenuous and vigorous exercise as seen in the case of athletes has shown a reduction in hemoglobin counts, causing an anemic state.

This is thought to affect performance, and every athlete must undergo tests to ascertain the quantity of hemoglobin before they compete. This helps ensure their bodies are working at peak performance levels. Sports anemia is more prevalent in females than in males due to blood loss during menstruation. The extent of sports anemia is usually consistent with both short bursts of intense exercise and prolonged endurance workouts.

What is the Cause of Sports Anemia?

Sports anemia is believed to be caused by several factors, most researchers and doctors cite the following causes:

Sports anemia can present in different ways for different athletes, however commonly observed symptoms include: How is Anemia Diagnosed

The answer to the question of how is anemia diagnosed in the case of sports anemia isn't as straightforward and can require an array of tests. Most tests are based on the rationale behind what causes sports anemia, and a final diagnosis can be achieved once the following tests have been performed:

Though sports anemia in most cases is a self-limiting condition and resolves by itself, treatment modalities are usually not required. Since sports anemia is mostly temporary, concerns like 'when do you need a blood transfusion for anemia' and 'can anemia cause high blood pressure' are not applicable. Instead, most of the treatment focuses on potential causes of sports anemia. Some of them entail: How Long Does It Take to Recover from Sports Anemia?

The most common question posed by athletes is- 'how long to recover from anemia?', the answer again varies on a case-by-case basis. While small incidences of foot trauma and plasma dilution-related anemia are resolved in a few days, chronic cases of exercise-induced trauma, gastrointestinal bleeding, and hematuria can take longer to resolve. Much like the regular anemia caused by insufficient iron intake or other nutritional deficiencies, sports anemia in these cases can take between 1 to 3 months to be resolved entirely. Since sports anemia is still not completely understood, the condition entails several variables that must be dealt with based on the presenting symptoms of the athletes.

Though sports anemia might still be an elusive condition, it can be managed effectively even in cases that seem severe. Whether it's a pre-existing deficiency, trauma, or endurance-induced plasma dilution, a solution can be found provided you always follow your physiotherapist's and doctor's instructions.