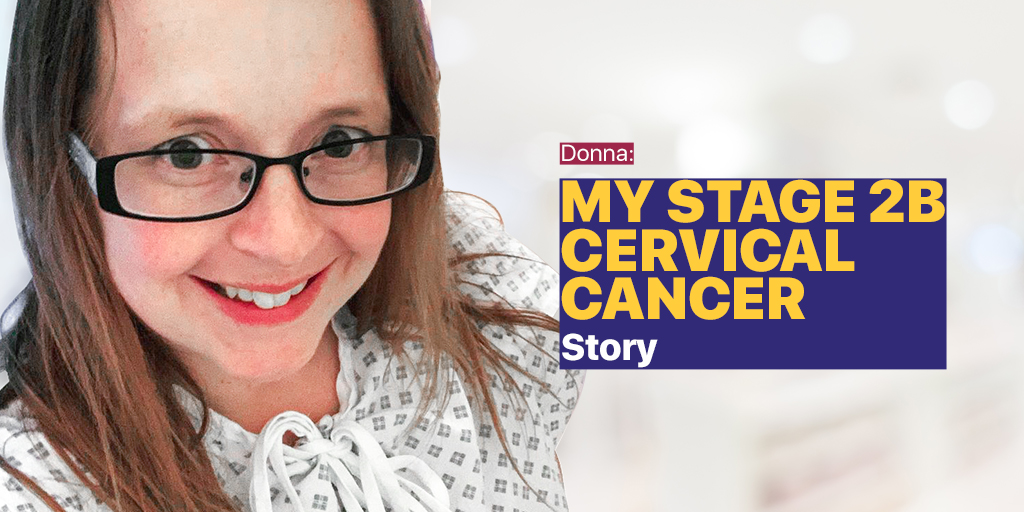 I had started having some irregular bleeding and discharge around the end of May (2020). I thought it was an infection so was given anti-biotics. They seemed to work- however I started having big blood clots when I went to the toilet. I ended up going to the doctors where they gave me a swab (came back clear) as well as an internal and external Ultra sound- which both also came back clear. It was noted that my smears (which I had never missed) have always been clear with no signs of HPV so I was not really concerned at this point it was anything serious (my doctors seemed quite chilled about it too).

About 2 weeks later I bled quite heavily during sex twice. My doctor decided to transfer me to the hospital to have a colposcopy. This would look in more detail at my cervix. During this procedure was when they could see the cancerous cells. At this appointment, on my own, I was told I had Cervical Cancer. I was devastated.

My husband and I spent the next few days researching cervical cancer and telling close family. 5 days after this appointment it was confirmed I had a large tumor. I was then in a whirlwind of tests- MRI scan, blood tests and a PET scan. Using the results from these it was seen I had a 6cm tumor that luckily had not spread from my cervix (2B )

I had 5 lots of Chemotherapy as well as 28 radiation sessions. I also had 3 brachytherapy sessions (internal radiation). I didn’t have too many side effects- but I was extremely tired as well as suffering with radiation cystitis- struggling to walk for over a month.
I had to wait 3 months after my treatment to see if it worked – and on March 1st 2021 I got my all clear!! So many tears of joy!

I feel extremely lucky that I caught my tumor early- having clear smears led me in to a false sense that everything would be OK- however knowing my body, understanding something was wrong and me persevering helped my diagnosis happen and treatment to start quickly!

Don’t fear the smear- but also know your body. If you feel something is not right- get it checked out xx