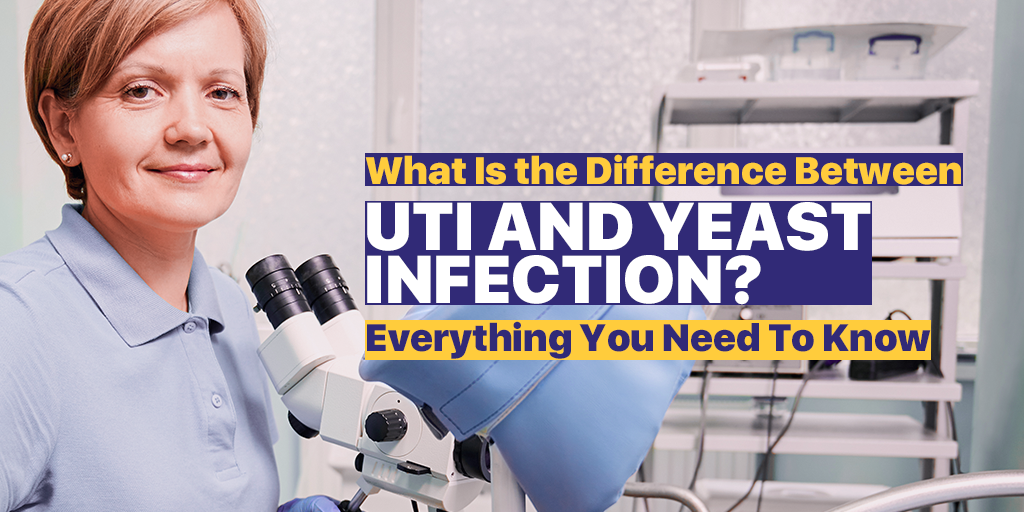 While UTI is a bacterial infection, the latter is a fungal disease caused by one of the most common pathogenic fungi found in humans. So what is the difference between a UTI and yeast infection? That’s what we explore in this blog post.

While factors such as immunity and debilitating diseases play an important role in both infections, other factors, such as anatomy, also predispose women to be at greater risk for both infections. Combating both diseases is integral to female reproductive and urological health, which are important aspects in determining overall health and well-being. Read on as we discuss the differences between a yeast infection vs. UTI.

What is the Difference between a UTI and Yeast Infection?

The Difference Between UTI and Yeast Infection: The Causes of Illness & Risk Factors

To further elaborate upon the question ‘What is the difference between UTI and yeast infection?’, let’s take a look at the causes and risks of both infections:

Here are several ways to prevent a urinary tract infection and a yeast infection:

Both UTIs and yeast infections can sometimes be hard to discern from the other. Getting yourself checked by your physician is integral to maintaining robust reproductive and general health in these cases. Don’t forget to reach out to your doctor for assistance and medical care.