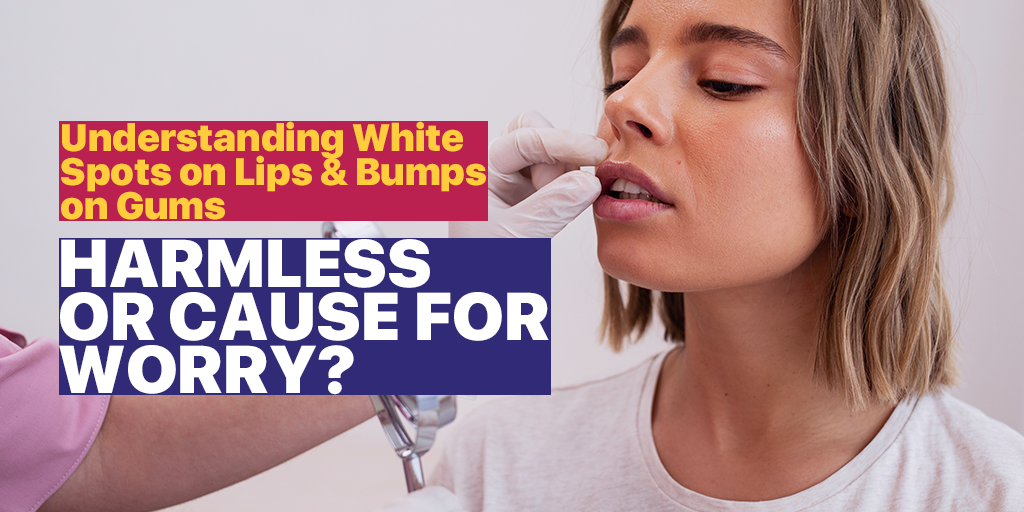 Whether it is a normal physiological occurrence & variation, or a pathological condition, white spots on lips can end up making you feel both concerned and self-conscious about appearance. Despite most white bumps on lips being generally harmless, they can lead to considerable distress and worry among those who notice these signs. The generally benign nature of these signs and their underlying causes notwithstanding, white spots on lips can sometimes also hint at an underlying condition, which requires requisite medical attention to address.

Alongside white bumps on lips, bumps on the gums are often just as concerning, albeit with a higher incidence of pathological causes when compared to their rather benign counterparts on the lips. Apart from infections and cysts, bumps on the gums can also have an impact on oral and overall health of the body. We discuss a number of causes of white spots on lips and bumps on gums to help you understand these common signs and symptoms impacting both oral and psychological well-being. Read on to know more to identify the causes of these symptoms and white spots on lips pictures to help you tell them apart.

What Causes White Spots on Lips?

What Are the Causes of a Bump on Gums?